We are located in Quebec (Canada), near the US border. We move here a long time ago and are from Little Britanny (France), where we bought our first female Ozcats Elfie of Chipie. Elfie (nicknamed Babydoll) was the first Munchkin female in France and was shown a couple of time by her first owner, Aline and Philippe Noël, two international cat judges. We just fall in love with this this so agile, robust and smart breed. Elfie was the perfect cat. So we had her in april 1994.
We were Persians and Exotics breeders.
We have become Munchkins breeders. 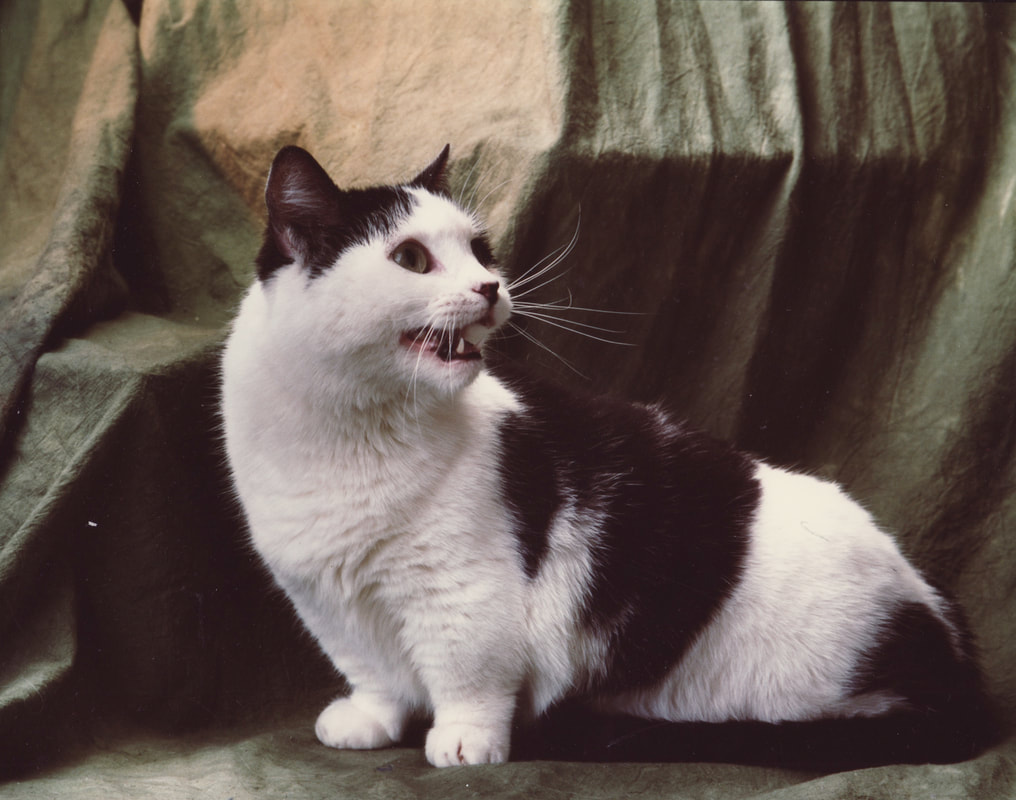 Ozcats Elfie of Chipie
At the beginning, Munchkin cats were not recognized. Nor known. The breed, still young (only a few generations), was still to be built. The first standards were in formation, the breed was barely developing. In this sense, we had to breed Elfie to build the breed from the start or almost. Some judges told us that we had to strengthen the breed's bone structure by marrying it with heavy breeds (like British Shorthair or Persian). The construction of a natural breed requires indeed to hybridize it at the beginning to give it a particular type. In the Munchkin, the crosses were made with Devon Rex to have triangular face and long body, which gave a rather fine bone structure. We were therefore advised to marry them with Persian to correct this. That's what we made in first.

But after a few matings, we realized that this was not a good idea. The health of the kittens was suffering and the body was becoming too short (or coby). So we decided to stop this program and introduced a feral cat with a heavy bone structure. Hercules. He was very healthy, heavy and strong and gave us a lot of strong, stunning babies, with a perfect health. First Chipie's purebreed Munchkin were borns.
Breed to Preserve
Now, we are only breeding Purebreed Munchkins. The breed is no longer in its infancy. The standards are written and therefore do not require the breed to be modified. There is no valid reason to mate the breed with other known breeds. This is why, according to the rules of the different cat associations, we only work our lineage with other Purebred Munchkins or with domestic cats.
MAKE A Reservation